Thanks for filling out the survey! Since we received many questions, we’ve compiled the most commonly asked ones in a FAQ here for you all!

How do I torrent?

Your files are too big!

Will you upload subtitle-only files again?

My computer lags when playing your videos!

I like your karaoke effects (KFX), can you add more in?

Would ONIBE ever be interested in coordinating or compiling translated content for Love Live! created by the community at large?

Do you know of any places to find/access old streams and videos from the old μ’s and Aqours days?

Is it hard to translate so many lives, anime episodes and such?

How do you actually translate an anime episode/a live? What tools do you use, and what’s the rough process? 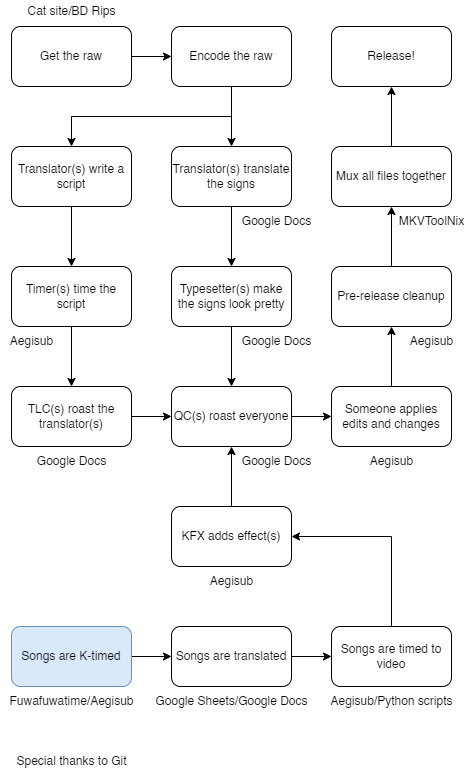 Here are some guides that may be useful if you would like to learn more:

That sounds like a lot of work. Why does ONIBE do all this for free?

When will <insert project here> be released?

How do I join the team? I just want to help out!

But I really want to join Team ONIBE…

I just want to throw money at you. Do you guys have a Ko-fi, Patreon or something similar?