Hi everyone! ONIBE is starting weekly round-up posts! These’ll be done by KayGThe, ONIBE’s official mascot :^) This round will include posts released from March 26, 2017 – April 2, 2017. The first post of the week is Aikyan blog! It’s a bit short, but it has nice pictures of Aikyan. 😀 This post was a notice for a talk-show Ucchi was going to guest on later that night (March 28). You can watch it without subs on bilibili.
2017/03/30 μ’s Final Live subs! This is our biggest release of the week, everyone worked really hard on this~ We’re sorry it took so long for everyone to torrent this, but now we now better and will be better prepared next time! Click here to see all Final Live files. After watching μ’s Final Live, please read this interview of Shikaco talking about her feelings towards μ’s Final Live and Hanayo! She brings up a lot of memories that’ll surely make you sentimental~

To counter those sad, sentimental feelings, we have another silly episode of the best radio show NozoEli Radio Garden! 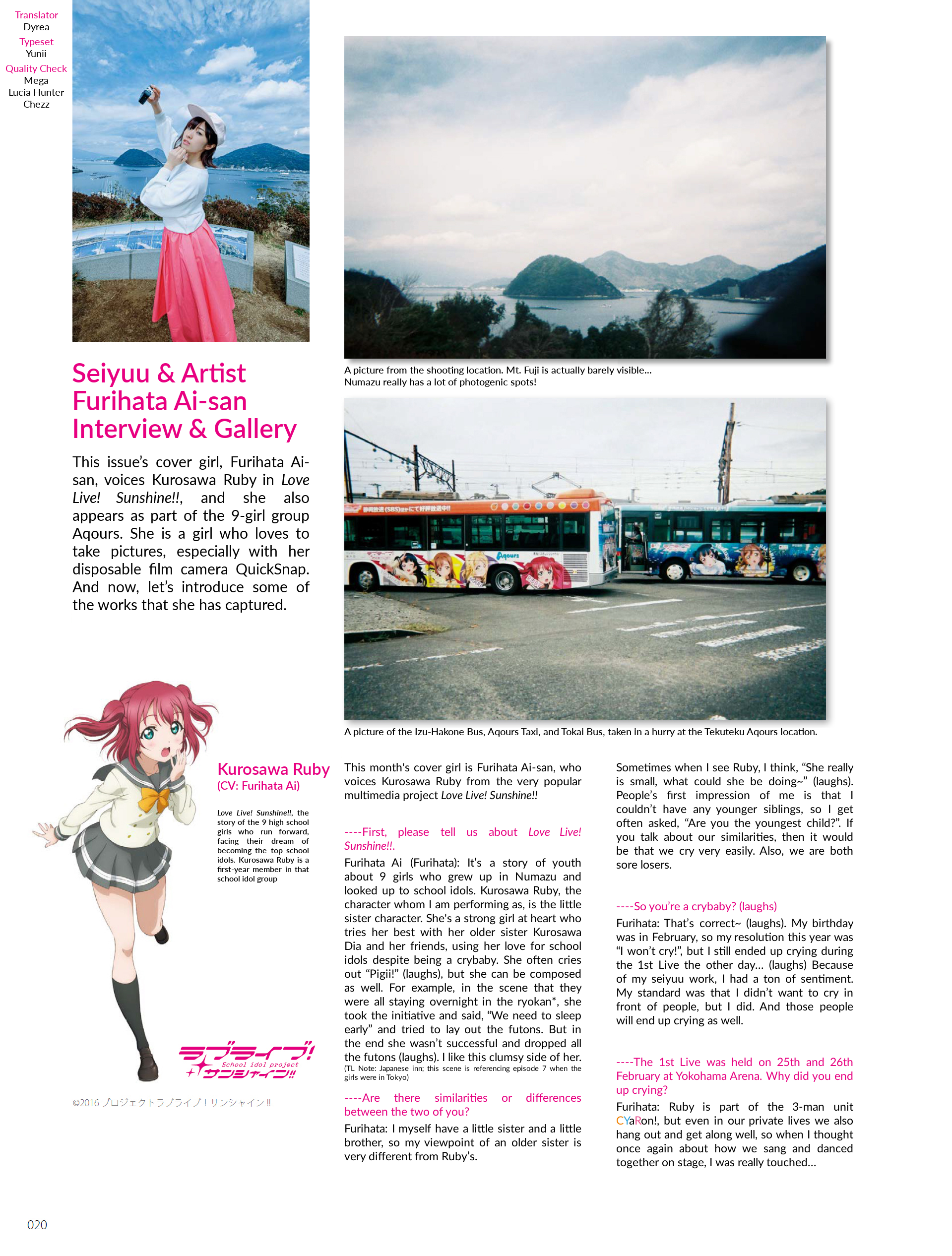 From Photo Tecnic Digital’s April edition, we have Aiai’s interview and gallery!
2017/04/01

They really took April Fools to another level, didn’t they~ We made our own April Fools subs of this, but the video above has the real subs 😛 To end the week we’ve got a Shuka blog about April Fools and a picture of ikemen Shukashuu!
*One final note – KuuRin might decide to prioritize NozoEli Radio Garden over UraRaji, and that he’ll have longer releases during April.
Thanks for reading!